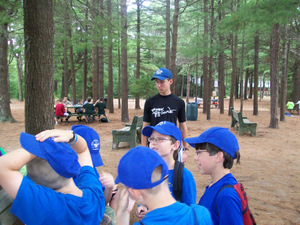 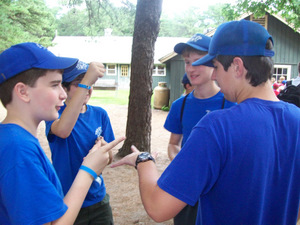 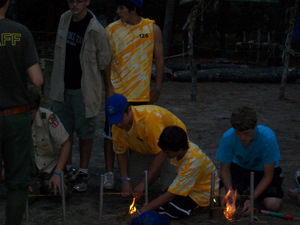 All of the boys started arriving at 12:30 on Sunday and we collected paperwork and medications. After checking in we headed to the site to get settled in. Because we had already taken our swim tests at the YMCA we had more time to work at the site. The camp was completely full for the week so there were a few challenges getting all of the tents we needed but by the end of the day everyone had a place to stay. Sunday night we had the opening camp fire at the amphitheater with songs and skits by the staff.

Monday the SPL woke the troop. They cleaned up the site, straightened their tents up and raised the American Flag. From there the troop headed up to the parade field for colors and then on to breakfast. This would be our daily routine for the entire week.

After breakfast all of the boys headed to their merit badge classes for the morning. The first day went well and the adults helped get everyone where they needed to be.

While the boys were at classes each day one of the camp commissioners inspected the site and gave us a score. The first day was pretty tough and we received a score of 75 out of 100 with some suggestions for how things could be improved.

Throughout the week the schedule got easier as the boys learned where they needed to be and how to get around camp. Each morning they woke up and immediately started cleaning up the site. They focused on the areas that needed improvement and with each day’s inspection they got better scores. By Friday the site was immaculate and the troop received a score of 99 out of 100. They did a great job with every bed made and all personal gear stowed. Tents were swept out and fire buckets were filled and ready. It was an incredible site to see.

Unfortunately the carnival Tuesday night had to be cancelled due to weather but there was still an ice cream social in the dining hall. The carnival game that the boys made did not go to waste as it became part of our 20,000 leagues under Camp Squanto gateway to our site.

Wednesday night was the Apache Relay. This was the first time that Troop 126 has participated in the Apache relay and so it was a brand new experience for everyone. The Apache Relay is a competition between each of the troops in camp and involves a relay race throughout the entire camp with each of the scouts participating in a different event. A baton is passed between the participants in events such as archery, canoeing, swimming, fire building, and leaf identification and of course requires fast runners to bring the baton between the events. Each of the boys has a role in the relay and it is a team effort. This year we came in around the middle of the pack which is a great start. All of the boys really enjoyed it and liked having a role in the relay. The general feeling was that now that they know what to expect the troop will work to be even better prepared for next year’s event.

Order of the Arrow

This year we had 4 boys voted into the Order of the Arrow. The OA is an organization of scouts who best exemplify the ideals of scouting. In order to be accepted into the order a scout must be voted in by more than 50% of the boys in the troop present. Ian, Nick S., Nick D. and Raymond were all voted in. On Thursday night during a very moving ceremony that involved Native American dancers each of these boys was called out into the order. In addition, and very surprising to everyone, Mr. Rich was called out into the order as well. In September all four of the boys and Mr. Rich will be going through an ordeal weekend involving service and self-reflection and they will then become official members of the Order of the Arrow.

As the week progressed there were a lot of changes with the boys and within the troop. We watched as the younger scouts became more comfortable with being away from home, watched friendships grow and the troop become a team. This was the first time that Chris and Craig worked together to lead the troop and Tyler, Brian and Lucas worked along with Ethan to lead the patrols. As the week went on these boys, the new Patrol Leaders Council (PLC) formed a team and worked really well together. This was clearly evident on the final day. Friday night Chris and Craig brought the PLC together to plan out Saturday morning. When the adults awoke at 5:30 a.m. on Saturday the PLC was already up and getting the rest of the troop going. Without a word from the adults they all worked in their patrols to take down all of the dining shelters that were set up, pack up all of the gear and clean up the latrines and all of the tents. The boys worked quickly with smiles on their faces and had everything ready to go before the deadline of getting the vehicles out. It was very impressive. We are all looking forward to the upcoming year. 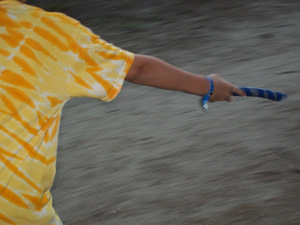 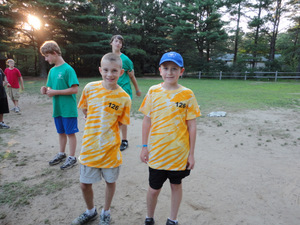 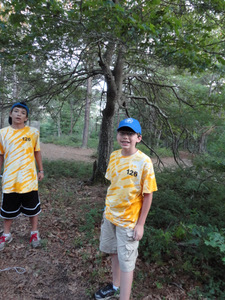 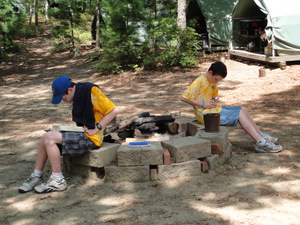 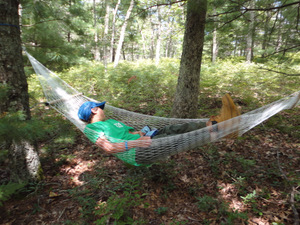 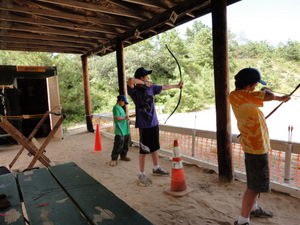 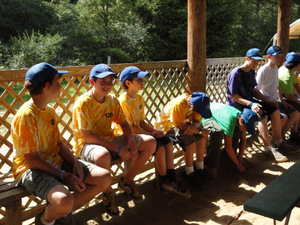 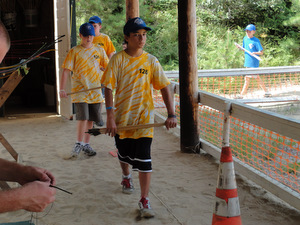 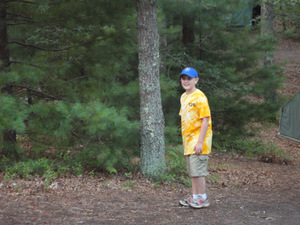 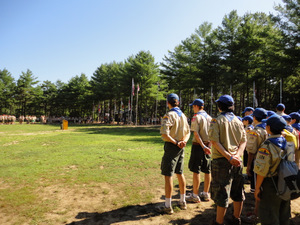